If you are looking for ADS FOR PIANO-RELATED PRODUCTS AND SERVICES and don't see any here, please turn off the AD-BLOCKING FEATURE in your web browser, or list www.pianobuyer.com as an EXCEPTION.

In 1953, American architect Walter Dorwin Teague designed a special grand piano for Steinway & Sons to commemorate the company’s 100th anniversary. It was known as the Teague Sketch 1111, and around 200 were built. 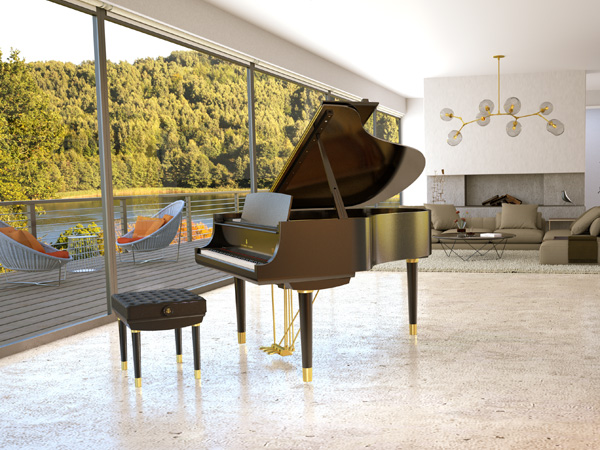 Now, 65 years later, Steinway has announced a new Limited Edition version of the same mid-century modern design. The piano is based on the Model M, and is available in Satin Ebony or Dark Walnut finishes.

Sign Up to Receive Announcements of New Articles and Features